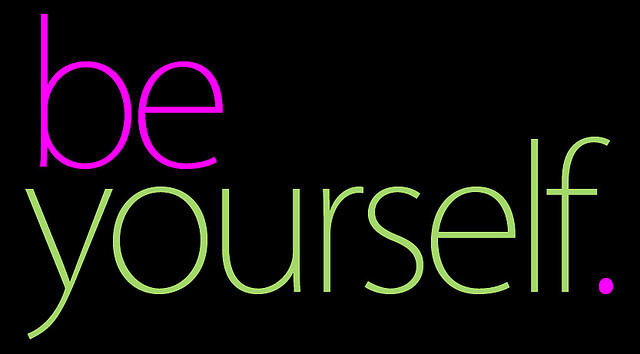 When we ask our students to share online — in a discussion forum within an LMS; in a wiki, course blog, Google Doc or Facebook group; on Twitter or anywhere on the open web — we are inviting not just online interaction but an enactment of each student’s digital identity. Involvement in or resistance to online interaction is largely rooted in ideas and beliefs about identity, privacy, voice, authenticity and power. These ideas and beliefs may be articulated easily or they may previously be unreflected, but they will be invoked each time we ask students to participate online.

As connected educators, it is essential that we think deeply about digital identity — both our own and our students’.

In research on social networking within education, for example, Keri Facer and Neil Selwyn (2010) found that students saw a clear divide between “social interaction” and “educational interaction” on social networking sites, based on existing educational assumptions that “learning is organised around the individual and… oriented around content rather than process”. However, this may be changing. In their review of the research, Facer and Selwyn concluded that educators might need to “pay attention to social networking sites as important for the social construction of identity, including personal, social and learner identity”.

“…our reality is both technological and organic, both digital and physical, all at once. We are not crossing in and out of separate digital and physical realities, a la The Matrix, but instead live in one reality, one that is augmented by atoms and bits. And our selves are not separated across these two spheres as some dualistic “first” and “second” self, but is instead an augmented self. A Haraway-like cyborg self comprised of a physical body as well as our digital profile, acting in constant dialogue. Our Facebook profiles reflect who we know and what we do offline, and our offline lives are impacted by what happens on Facebook…”

Regarding digital identity and digital dualism, as educators we must be willing to critically examine our own assumptions as well as the expectations of our students. Are my online and offline identities enmeshed? Is my online identity reflective only of my professional self, or of me in other contexts as well? How comfortable am I with sharing online — with colleagues, students, an unknown audience? How comfortable are my students? How does the power differential in the educator-student relationship affect the enactment of our digital identities in online spaces? Important questions such as these must be explored. Embracing the notion of an augmented self does not preclude critical analysis of differences in the online/offline experiences of space, time, visibility, privacy and power.

“…learners need to practice and experiment with different ways of enacting their identities, and adopt subject positions through different social technologies and media. These opportunities can only be supported by academic staff who are themselves engaged in digital practices and questioning their own relationships with knowledge.”

Additional resources were considered and discussed during the presentation and ensuing discussion, including the following contributions from danah boyd, Bonnie Stewart, Chris “moot” Poole, Alan Levine, Neil Selwyn, Howard Rheingold and Rhona Sharpe, Helen Beetham & Sara de Freitas (as shown below). My thanks to all.

Rethinking Learning for a Digital Age: How Learners are Shaping Their Own Experiences, by Rhona Sharpe, Helen Beetham & Sara de Freitas (2010)